Back to the top of the page

Our clients are used to our brand of quirky improvisation, role playing and characterization but did you know that we sometimes actually stick to a script?

Just recently we’ve headed back to our theatrical roots and we’re looking forward to treading the boards again and welcoming audiences to our brand new murder mystery play in 2022.

We’ll be launching a crowdfunder for our Edinburgh journey soon, so watch this space but in the meantime, follow us on social and sign up to our newsletter to keep in the loop!

London, 1947. Philip Mackinder is dead.  His wife, Catherine, has shot him.  As a court hears the evidence leading up to the murder, we witness the disintegration of the couple’s marriage and discover the real, surprising truth.

In Her Defence is an homage to Agatha Christie – a one act play with a nod to the golden age of murder mystery with a modern twist, described by one critic as “what feels like a period piece [but is a] chillingly contemporary portrait of a veteran suffering from PTSD compounded by lasting side effects of Malaria”.

Catherine has shot Philip, but why?  His blossoming and inappropriate ‘friendship’ with a work colleague? Catherine’s bitterness at her lack of children and her husband’s marital coldness?  There’s no mystery.  “The fatal shooting is the first thing the audience sees and the first sharp intake of breath of many that this tightly crafted piece draws from its audience.”

But is everything as it seems?  You may think you are sure.  You may wonder how and if she gets away with it.  But will you be surprised at the truth? 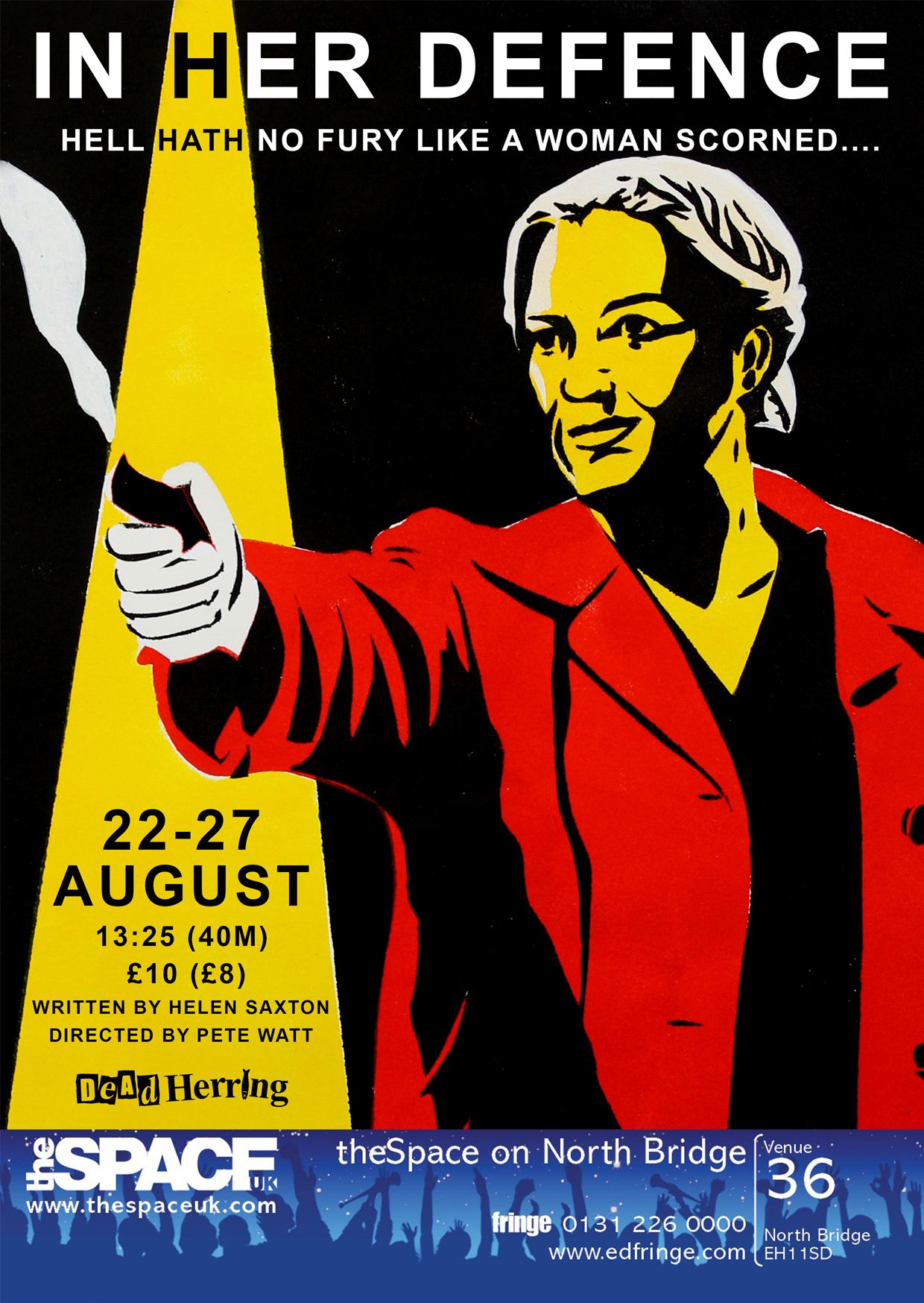 In Her Defence by Helen Saxton was first performed in preview by The Compton Players under the title Evil Will Come (and the pen name Alexi Stonehouse) with the following cast:

FIND OUT MORE AND BOOK YOUR TICKETS HERE

We’ll also be performing In Her Defence with its original full cast at the Oxfordshire Drama Network Drama Festival in June 2022.

We’re looking forward to returning to the beautiful Unicorn Theatre in Abingdon.

Next step; publication and another play in the series… watch this space!

Helen trained as a theatre designer at Nottingham Trent University after which she designed numerous shows including for The King’s Head Theatre, Islington, The Old Fire Station, Oxford and The Theatre, Chipping Norton.  She now runs Dead Herring, creating immersive mystery events for team building where she concentrates on writing scripts and true crime non fiction, and performing regularly.  She and Pete have worked together for over fifteen years, during which they have collaborated on many productions including the award winning Richard III and numerous Dead Herring events.  In Her Defence is her debut stage play and will be her first performance on stage at The Edinburgh Fringe. 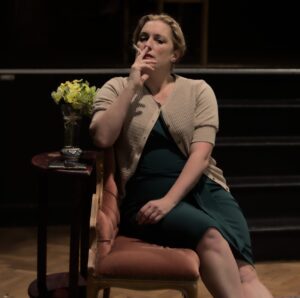 Pete trained with the National Youth Theatre in London 1988-1990 and studied drama at King Alfred’s University College in 1992.  Directing credits include Hamlet, Henry V, Jekyll and Hyde and a tour of Woyzeck at the New York International Fringe Festival, all for One and One Theatre.  Acting credits include Judas in Jesus Christ Superstar for TMC, Claudius in Hamlet for One and One and Jesus in The Greatest Gift for Downland Millennium.  For The Compton Players he has played numerous roles including Michael Starkwedder in Agatha Christie’s The Unexpected Guest, Randle McMurphy in One Flew Over the Cuckoo’s Nest and Richard III in their NODA award winning production directed by Helen. 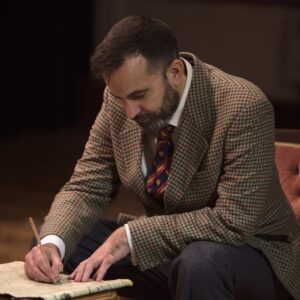 We use cookies on our website to give you the most relevant experience by remembering your preferences and repeat visits. By clicking “Accept All”, you consent to the use of ALL the cookies. However, you may visit "Cookie Settings" to provide a controlled consent.
Cookie SettingsAccept All
Manage consent

This website uses cookies to improve your experience while you navigate through the website. Out of these, the cookies that are categorized as necessary are stored on your browser as they are essential for the working of basic functionalities of the website. We also use third-party cookies that help us analyze and understand how you use this website. These cookies will be stored in your browser only with your consent. You also have the option to opt-out of these cookies. But opting out of some of these cookies may affect your browsing experience.
Necessary Always Enabled
Necessary cookies are absolutely essential for the website to function properly. These cookies ensure basic functionalities and security features of the website, anonymously.
Functional
Functional cookies help to perform certain functionalities like sharing the content of the website on social media platforms, collect feedbacks, and other third-party features.
Performance
Performance cookies are used to understand and analyze the key performance indexes of the website which helps in delivering a better user experience for the visitors.
Analytics
Analytical cookies are used to understand how visitors interact with the website. These cookies help provide information on metrics the number of visitors, bounce rate, traffic source, etc.
Advertisement
Advertisement cookies are used to provide visitors with relevant ads and marketing campaigns. These cookies track visitors across websites and collect information to provide customized ads.
Others
Other uncategorized cookies are those that are being analyzed and have not been classified into a category as yet.
SAVE & ACCEPT
Opens in a new window